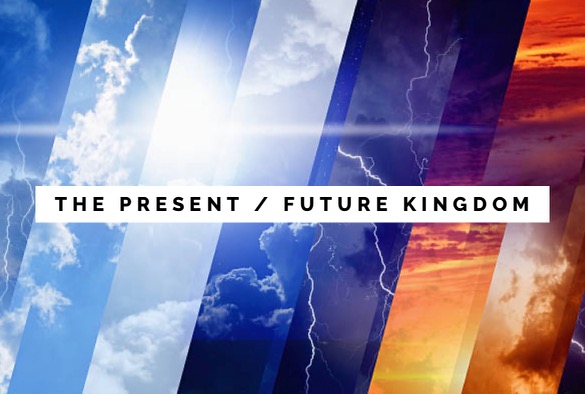 In this way the Kingdom is both “now” and “not yet.” Through the inauguration of the Kingdom, we see God’s will being executed. As Jesus told John the Baptist, the lame were walking and the blind were seeing.

We live in a time between two realities. Currently, we live amidst the coexistence of this present evil age and the in-breaking of the age to come. In the coming age, the will of God will fully be expressed on earth, but until then, we live in the paradoxical, mysterious tension of two Kingdom realities—now and not yet.

When we embrace the now and not yet of the Kingdom, we can learn to live with the tension of seeing tremendous Kingdom breakthrough and tremendous pain or heartbreak at the same time.

One evening I prayed for a lady in a drive-thru window. She had been in an accident and was suffering from whiplash. I prayed a quick prayer for her, and God healed her of her pain. She was totally shocked.

What you might find more shocking is that I was on my way home from the urgent care center with one of my sons, who was running a fever and was very sick.

At the time, we also had another son who had recently been hospitalized and was suffering badly from an unknown illness.

And I had woken up before dawn that morning to take my mom to surgery for a deviated septum, a condition I had seen God heal in others.

The Kingdom of God was at hand in that moment; the drive-thru lady was healed! But all these other situations in my life were showing me the paradox and tension we live in.

In the Lord’s Prayer, Jesus instructed us to pray “your kingdom come, your will be done, on earth as it is in heaven” (Matthew 6:10).

In heaven, God’s will is perfectly manifested. There is no sickness, sin or death. All things are in alignment with the way God wants them to be. But Jesus does not want us to be content with a heaven-less earth.

Rather than being discouraged that the fullness of the Kingdom has not yet come or resigning ourselves to a Kingdom-less reality, Jesus told us to pray that the Kingdom would come so that earth would be more like heaven.