I don’t get the Gospel. 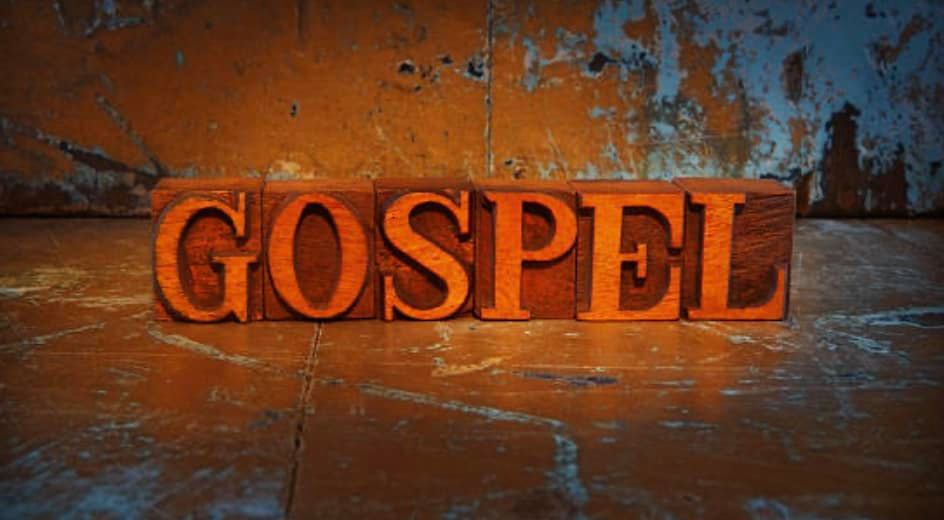 I don’t fully understand how good God is, how lost I am without Him or how good and in right standing I now am because I have been hidden in Christ.

I forget how real God is, how near He is, how far I am and yet how close I am to Him. It is scary to believe we can be so far away when He is so near, and be so close when He seems so far away. But throughout the Bible we see people who are so near, yet so far. So far, yet so near.

Jesus—God in flesh—was talking to the religious leaders of the day. They proclaimed to know God and should have been able to recognize and know Jesus as God, but they were so blinded by their own pride and understanding of the Scriptures that their ears became deaf and their hearts became hardened.

They searched and studied the Scriptures but were not able to discern the Word who had become flesh and was speaking to them. They were so near, yet so far.

We see the same thing happening all the way back to the beginning of mankind, with Adam. He had known the delight of God. But after biting into the poisonous lies of the serpent, he was so far, but so near—trying to be hidden, covering himself up with his own best efforts, trying to hide his blunderous sin.

Fear gripped him, where friendship had once beckoned him. God was so near, calling out his name, but Adam was so far away, hidden by shame. He played hide while God played seek. The Gospel came shouting out his name: “Adam, where are you?!”

The wayward son in the prodigal story was so near to his father’s heart even though he was still far off, while the older brother was so close, but so far in his heart. The adulterous woman who was caught in her sin, deserving punishment according to the Law, was so far, but so near that Jesus would step in front of the stones that were to be cast her way and say with love and truth that the man without sin should cast the first stone.

The disciples who had been called by name and lived with Jesus day in and day out for three years still did not understand who their Teacher was, or what His mission or their call was. So close, yet so far.

A sick woman with a bleeding condition was hidden in the crowd, yet she was so close that in a sea of countless hands reaching out toward Him, she was able to brush against the edge of Jesus’ garment as He exclaimed, “Who touched me?” Seemingly so far away, forgotten, lost in the throng, yet so close that healing power flowed out upon this sick woman lost in the crowd.

Judas was invited to be a friend and a disciple, one entrusted with so much. He was so close, but so far because of the darkness hidden in his heart. He leaned in and kissed Jesus on the cheek, only to betray Him for thirty pieces of silver. So close, yet so far.

Peter believed and proclaimed with a self-empowering boldness that he would never turn his back on Jesus. He felt so close, but was so far in his own self-confidence. He was soon schooled by the reality of his denial and hid himself away on a boat in the middle of a lake, trying to remove himself far from the pain, shame and truth of his own weakness. Then he heard the close sound of a betrayed Friend calling him to the fellowship of a meal. So far, yet so near as Jesus restored a coward into a bold proclaimer!

The examples are so many, but the message is the same: so far, yet so near; so near, yet so far. Hidden, yet sought after.

The Gospel is about God’s grace, not our self-effort; His love, not our sin. It is our blindness, but His ability to open our eyes. It is the Gospel—good news to the poor in spirit and bad news to the fool in his heart who refuses to accept the wounds of a Friend and the healing of a Physician. We are not so far that we cannot come near, but we can think we are so close that we become so far. I don’t get the Gospel. It gets me!

Brian Blount – Taken from my book – Putting Jesus on Display with Love and Power.