How Do We Press Through The Pushback Of The Enemy? 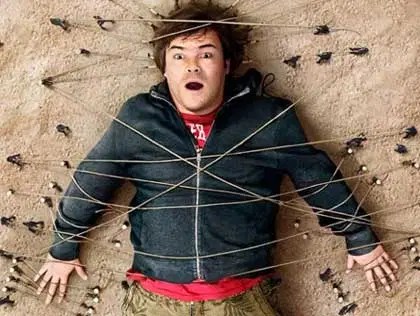 How Do We Press Through The Pushback Of The Enemy?

A prophetic teaching and vision that I thought just might be a timely word for today – Taken from my book, From the Sanctuary to the Streets, by Brian Blount & Charles Bello.

Our challenge is to understand the nature of the conflict and then fight with the weapons God has given us, always keeping our focus on Him.

There is a War…

The Apostle Paul writes in Ephesians 6:12, For our struggle is not against flesh and blood, but against the rulers, against the authorities, against the powers of this dark world and against the spiritual forces in the heavenly realms.

We are in a battle; there are malevolent spiritual beings that wish to keep the world in darkness trying to do us harm.

How are we to fight and press through the pushback?

We press through the pushback by fixing our eyes on Jesus, considering Him so that we will not grow weary and lose heart. As we focus on Jesus, the intimidation rising from the enemy’s tactics fades in comparison with the glory of Christ. We remember that our weapons are not of this world but involve setting our thoughts in line with heaven’s thoughts (2 Corinthians 10:4-5). We fight by resting in the love of God for us. From the place of rest the Lord fights our battles for us.

The enemy’s tactics are designed to distract, confuse, and distort. His schemes are designed to strip you of your identity and rob you of your calling. His goal is to get you on the defensive, getting you to focus your attention on his strategies. We cannot live in reaction to the strategies of hell. If we do, we have lost, because our focus is no longer on Christ and His mission; but as we fix our eyes firmly on Christ, we remain aligned with the purposes and strategies of heaven.

A few years ago I had a vision. It was like a movie playing out in my mind. The first scene was of a man who was going about life when suddenly a huge number of large, black hornets began to swarm around his head, flying at him from every direction. He began to swat at the hornets, trying to get them off him. He was becoming frantic and afraid. As the man was distracted by the swarm of hornets, he didn’t realize that a large black spider was descending upon his head.

The spider landed on his head and began to weave a web all over the top of his head. Next I saw a person come up behind the man and cut the back of his hair off.

The scene switched and I saw the same man. He was lying down on the ground. He had been taken captive and tied up by a bunch of little men, just like in the book Gulliver’s Travels. I saw this vision in my mind’s eye, but I didn’t have any understanding with it.

Then the Lord immediately showed me the vision again, but this time I understood. Again I saw the man, and the hornets began to swarm him. I understood that this was how the onslaught of the enemy works. He brings pelting thoughts from every direction. The man was distracted by this attack from the enemy. While he was distracted and afraid, he didn’t realize that the enemy was weaving a web of deceit in his mind (the spider weaving the web on his head). His mind was now full of the cobwebs of confusion and doubt. In this fearful and confused state, the enemy was able to come and steal his strength, represented by cutting his hair off.

Then I saw the second scene, again, of the man lying on the ground, bound by the little people; but this time I saw the scene differently. What I thought had been ropes or chains holding the man were not that at all. I looked at the little bitty people and saw they held cans of silly string. The man was being held down by nothing but silly string. Then I heard the Lord say to me, “They are just little bitty lies. It’s only silly string. You can just get up. ‘Arise and shine for your light has come!’ (Isaiah 60:1).”

Over the following months and now years, the Lord has continued to speak to me through this vision. The lies and schemes of the enemy may seem to overwhelm me, but I can simply arise, get up, and shake them off. It is because of Christ, the Light who has come, that we are able to overcome the onslaught of the enemy’s attacks. As we focus on Him, our Light, we can arise and stand in who we are through Him and live in the calling and destiny He has sovereignly given us.

The pushback will come, but we must never begin to doubt that Satan is a defeated foe. There is no question about how this spiritual war will end. We rest in the work Christ has already accomplished on our behalf, fix our eyes only on Him, and allow Him to fight the battles for us.

PrevPreviousAn Unforgotten Woman
NextFantasy, fiction, tall tales, urban legends, and conspiracy and, why it matters what you thinkNext