A Search for Legos Leads to a Kingdom Encounter 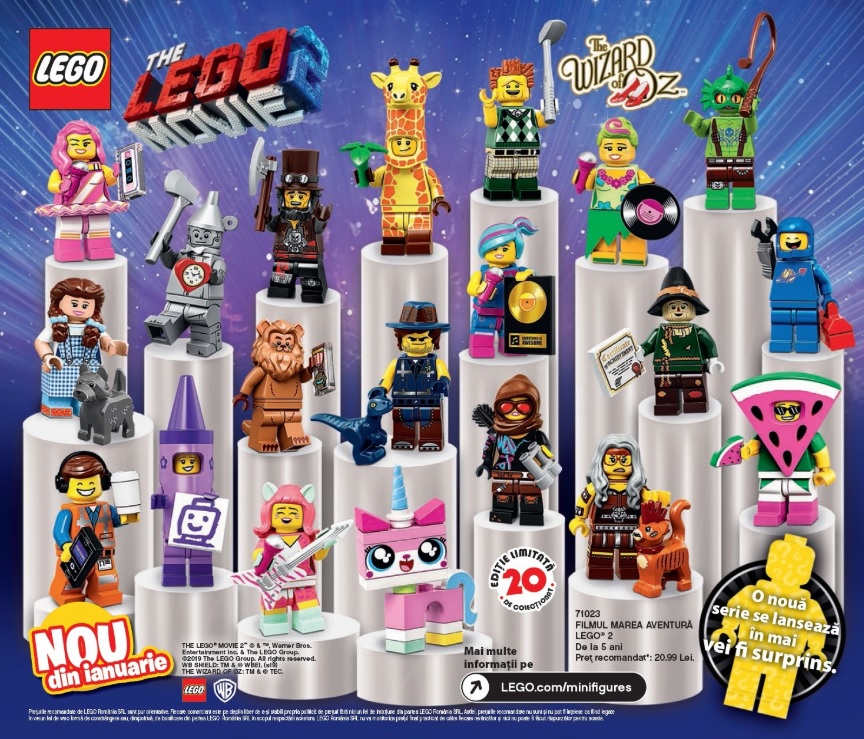 A Search for Legos Leads to a Kingdom Encounter

The boys have been on the hunt for the new Lego figures from the Lego Movie. We even went to the Lego store today, and they didn’t have them in, and neither did Target. So I told the boys we’d stop by one more store after we picked up Annalisa from youth group tonight. We were going to be getting home later then expected, and I was hoping to get home because I was starting to have some pain from my recent surgery. But the boys didn’t forget, and I had promised, so we stopped by another Target by our house. As we walked, in I realized there weren’t any shoppers, just us. I realized the store must be closing very soon.

As we headed over to the toy section, an employee said, “Hey, can I help you?” (i.e., “How can I get you out of here sooner than later?”) I asked if the store was closing, and she said it was.

“Could you help us find the Lego movie figures,” I asked.

To my surprise, she said, “Yeah, they should be right over here down this aisle.” But they weren’t. Instead of rushing us out, she said, “I’m going to find them for you. They should be out. I put some out the other day, and I need to put more out on display.”

I told her, “You just might get 3 big hugs from these boys if can find those Legos!” She started checking all around, calling other employees. She was diligently trying to serve us, even when they came over the intercom telling customers to please come to the front as we are closing. The lights in certain areas of the store were going off. It was really time to get our stuff and go. “Hey,” I said, “we can come back tomorrow. I know you’re closing.” She insisted on trying some more. She again called others in the store, asking where the Lego figures were at.

I wish I could say she found the Legos, but she couldn’t track them down. I was just really thankful for the way she was going out of her way to help, even when the store was closing. I told the boys, “Let’s all give her a big thank you,” and explained to them how much she was really trying to help us. I was proud of them; instead of whining because they didn’t get the Legos, they told her thank you.

She was a younger girl, and I’m sure she was ready to close and get on home, but she really tried to serve us. I felt in my heart, Lord how can we serve her? As I wondered that, I felt as the Holy Spirit spoke to me about a condition in her body. To be honest, I thought, I’m going to miss it. She looks healthy, and I’m tired, hurting, and ready to go home. But instead, I said, “Let me ask you a question. Are you having issues with your neck?”

She looked at me a little shocked and said yes. “I have a disc issue in my neck,” she explained.

“Well, the reason I asked you about your neck is because I get these pictures and impression for people.” She looked a bit intrigued by that. “We are followers of Jesus, and that’s how I got that impression about your neck. Can we pray for your neck?” She said OK. I could tell she was a bit nervous, but I could also she realized I couldn’t have known about her neck. I asked her what her pain level was on a scale from 1 to 10.

“I’m not experiencing any pain right now,” she said. “But when I do, which is daily, it’s like an 8 or more pain level.”

“Well, is it OK that we pray now, even though you’re not experiencing any pain at the moment?” She said sure, so I said, “Boys, let’s pray for her.” The first one of the boys over to help pray was Tyler, which surprised me a bit because of his struggle with PANDAS. He doesn’t like to interact or touch or be touched, and he’s had a relapse in his tics.

I definitely thought he would stay more behind me, but no. He put his hand on her shoulder, and began to help me pray. As soon as we started, those tics started up, but he didn’t back away. I was so proud of him. Yes, it was awkward, and the lie of the enemy came, how can you pray for someone else when you’re still healing from surgery and your boy is dealing with his own sickness?

The two younger boys came over to pray as well. I prayed for her neck and said, “The Lord is going to give you a sign that He is touching and healing your neck. You’re going to feel a warm tingling over your neck.”

“Thank you,” she said quickly.

She looked at me with a surprised look in her eyes and said, “YES! I did! I’m feeling something. It was weird, but cool!!! It was a tingling feeling.” I thanked her for taking the time to help us, and she said, “Hey, I won’t be here tomorrow, but I will text the two guys that will and let them know so they can help you find the Legos tomorrow.”

We were walking out of the store as lights were going off. No Legos, but our search for Legos led into a kingdom encounter.

Remember the Kingdom of God is at hand, even late at night when you’re tired, going through your own healing process, and your boy is struggling through a sickness. Your pain shouldn’t ever keep you from releasing healing and love to others and putting Jesus on display.

We are all wounded healers at some level but never let the conflict and pain in your own life keep you from the commissioning of the gospel.

Follow up to the Lego search and Kingdom Encounter last night at Target. Well I went back to Target this afternoon to see if the Lego Movie figures had come in. Well guess who I ran into: the girl from last night, Riley!

I said, “Hey! I thought you weren’t working today.”

“I know you didn’t have any pain last night when I prayed for you.”

“Yes, but I have pain every day and my neck would have been in pain by now.” I asked her to describe the feeling that came over her neck. “It was so weird! It was just a strange but good feeling.

She said she has a slipped disc in her neck from sports and cheerleading. “I’m still not sure what that was.”

I told her, “That was the love of Jesus for you.”

Funny thing is that some Legos came in so another employee was helping me, and I didn’t have the boys with me ,so guess what? I picked up the wrong ones. I guess we will be on another Lego search and maybe even another Kingdom Encounter tomorrow.

The kingdom of God is at hand. Our job is to simply, look, listen, and respond.