A lesson we learned from a naked lady. Keep reading! It’s a great story in how God is pursuing us and how he clothed a woman in her shame. 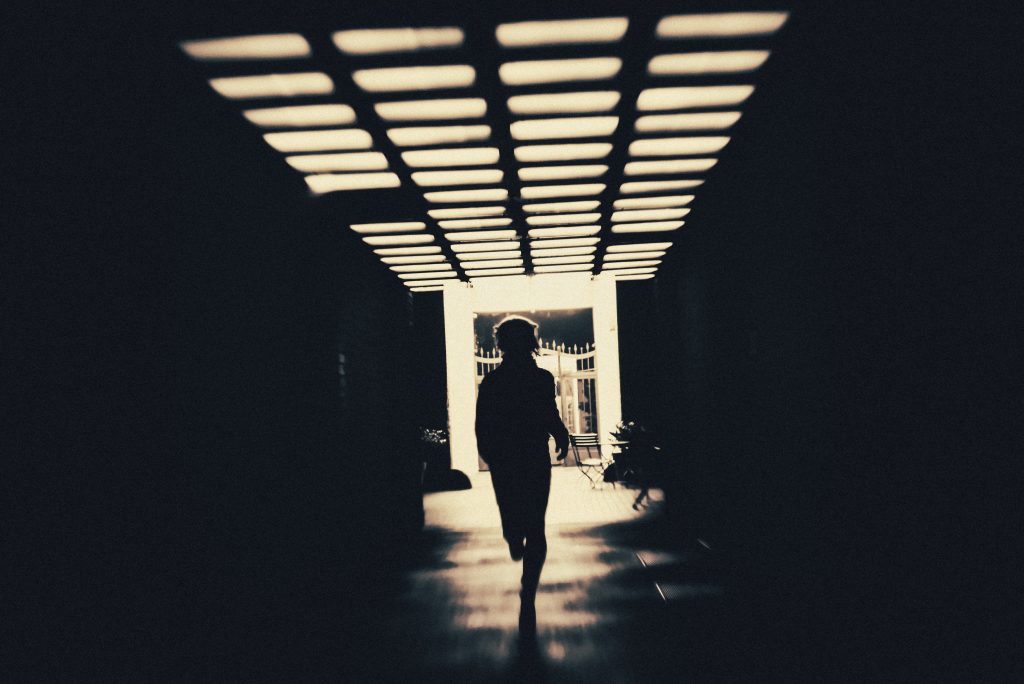 A lesson we learned from a naked lady. Keep reading! It’s a great story in how God is pursuing us and how he clothed a women in her shame.

I felt God strongly tugging at my heart and calling me back to a lifestyle of evangelism. At the time, we had our first of six children. She was nine months old, and I was totally overwhelmed with being a new mom. On top of this, we had recently taken in a teenage foster daughter who was grieving over the recent death of her mother. I felt like my home life was on overload.

When God started speaking to me about evangelism, my honest reaction was anger. How can I evangelize if I never leave my house!? I’m stuck there all day long with the baby! I was ticked off that God was giving me what seemed like an impossible assignment. So this was my angry, honest, sarcastic prayer that day: “God, if you want me to evangelize, then you will have to bring them to my door!” I don’t think I would have prayed that prayer if I had known how literally God wanted to answer it.

Several days later, my daughter was having a particularly fussy day. I had tried all the usual things to calm her, but all she would do was cry. It was one of the first nice afternoons of springtime, so I thought maybe she would like sitting outside on the front lawn. As soon as I did, she calmed down, so I decided to spend as long as it took there on the grass in front of our house. After a while, I heard frantic knocking on my neighbor’s door. I looked over and saw a naked lady with a look of sheer terror on her face. That’s right. Naked! 100 percent naked.

As soon as she turned and saw me, she ran toward my house, past me, through the front door, and into my living room where she was trying to hide in a corner saying, “I’m naked! I’m naked!”

I gave her a nearby blanket then headed to my room to find her some clothes. While she was changing, I went to Brian’s office. He had been working during this time and had no idea what had transpired. I told him about the lady, and once she had calmed down, she was able to share her story with us. She had been visiting a boyfriend who lived about ten houses down the street.

Long story short, she became afraid for her life and escaped out of a small bathroom window. From there she began knocking on every door, trying to get help before the boyfriend realized she had escaped. To this day, I am amazed at how God protected and covered this woman past every house on our street so that I was the only person who ever saw her naked, and that no further harm came to her from knocking on the wrong person’s door.

Brian and I were able to tell her that it was no accident she ran into our house. God knew that she was desperate for help, and He knew that what she really needed was Him. We were able to share the gospel with her and pray with her. She was absolutely overwhelmed not just with her situation, but with everything God was saying to her at that very moment. It was a sovereign moment in which the hand of the Lord was mightily on her.

I will never forget that day or the prayer I’d prayed the Sunday before. God wanted to get two people’s attention that afternoon, both that lady’s and mine. I learned something new that day: God is much more ready to break into my life and use me than I think.

My current life situation, no matter how busy or stuck I think I am, doesn’t dissuade Him from His love for me or His desire for me to partner with Him to love on His children. Every excuse we have is just that—an excuse. A lesson I learned from a naked lady.

Like my friend Blaine Cook says, you’re the answer to some else’s prayers. That day, the woman’s prayer was answered and Jeanine’s was answered. Watch out how you pray–you never know what may show up at your front door.

Taken from my book, From the Sanctuary to the Streets.